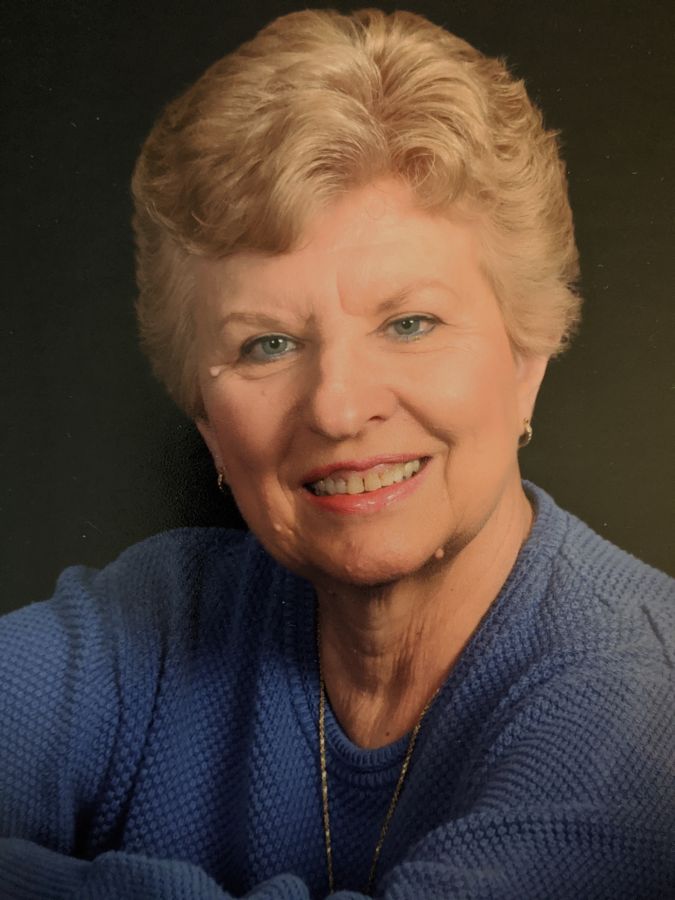 On 7 September 2020, Barbara J. (Schodorf) Vickers, 79, of Portsmouth, left her temporary quarters here on earth in order to enter her eternal home in God's Kingdom of Heaven. She was the devoted wife of Col. John H. Vickers, USA (Ret) for 57 1/2 years.

Born and raised in Willard, Ohio, she was the daughter of the late Harold and Mary (Elmlinger) Schodorf. She was the oldest of 4 children and graduated #2 in her high school class. During high school she developed her musical talent, playing the French horn in the marching band and piano as an accompanist. Barbara had a natural talent for music and could sight read any sheet music. She continued her education at the St. Vincent School of Nursing and graduated in 1962, second in her class there as well. During her time in nursing school, she was introduced to John Vickers, her classmate's older brother "Jack". They married in January 1963, and she began her life as an Army wife. His career as an Army Engineer brought them to Germany twice, as well as NYC, Maryland, Virginia, DC, and eventually here to Newport, RI. During her husband's two years in the Vietnam War, Barbara was forced to raise two children on her own while also receiving threatening phone call from anti-war protesters. For every duty assignment, Barbara would move with Jack and the kids to that new city, keeping the family together. In each community, Barbara would begin teaching piano lessons to local children, sharing her talent for music. They fell in love with Rhode Island when Jack was at the War College, and soon began building their dream home for retirement in Portsmouth. Once they settled here, Jack began a career at RIC and Barbara became the church organist and choir director for St. Anthony's Church for 15 years. They enjoyed wonderful friends in Portsmouth, with neighborhood cookouts and volunteering at the church sewing club, and leading church choir. Her faith and loyalty were unmatched, and she was a proud member of St. Barnabas Church for many years, and a dedicated piano teacher to hundreds of children for over 42 years, right up to earlier this year.

She is survived by her husband COL John Vickers, USA (Ret), and her children, LTC John H. Vickers, USA (Ret), and his wife Beth of Delhi, NY, Elizabeth Walshe and her husband David of Portsmouth, RI and Jennifer M. Morgan and her husband Keith of Toney, AL, her siblings Robert J. Schodorf of Stevensville, MI, William H. Schodorf of Fort Mills, SC and Mary S. Sarpa of Bloomington, IN and five grandchildren, Ashley and Matthew Velzis, John and Paul Vickers, and Thomas Morgan.

Her funeral will be held on Saturday, 19 September, at 9:30am with a Mass of Christian Burial at St. Barnabas Church, 1697 East Main Road, Portsmouth. Burial will be in St. Columba Cemetery, Browns Lane, Middletown. The Mass can be livestreamed at bit.ly/BarbaraVickersFuneral

Memorial donations may be made to Visting Nurse Home and Hospice, 1184 East Main Rd, Portsmouth, RI 02871.

"Success in life can be defined in many ways. Barbara ranks at the very top because her success came by giving to others so they could become successful persons. She was a devoted wife to Jack her husband, and mother to her children. Family always came first. She was strong in her faith, and gave graciously both her time and musical talent to her church. She enjoyed a life of joy with family and friends. I know from talking with her as she was slowly passing on, she felt secure in the wonderful giving life she had lived. We will all miss her. With love, Bob & Cathi Schodorf, Mollie, Ginny"

"Barbara was a wonderful neighbor and piano teacher for my three children. She was engaged with her neighbors and active in the church, and she will be missed by the Shea family! I always admired the obvious love between Barbara and Jack, made apparent by the look of sincere affection on Jack\'s face whenever he looked at her. Our thoughts and prayers are with you and your family, Jack, as you mourn the loss of such an amazing life partner. XO"

"Barbara will be greatly missed. She was such a great friend to my mom. Our family is keeping you all in our thoughts and prayers! "

"Jack we crossed paths only once at the Armed Forces Staff College. Barbara introduced us to Beef Fondue in chicken broth....a recipe I have repeated many, many, times. I miss you both , and send you and your family, my sympathy on Barbara\'s departure. Charlie Williams"

"Sincere and heartfelt sympathy to the Vickers Family. Barbara will be missed. "