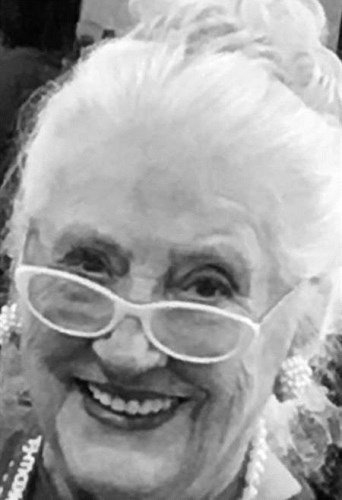 It is with love and sadness that we say "goodbye" to our beloved mother, Patricia Ann Taylor (Schmitz) who passed away August 13, 2020 in Lake Stevens, WA.

Our mother Pat was born in Portland, Oregon on January 10, 1932, raised in Mt. Angel and later moved to California. She graduated from Mercy High School in Burlingame, CA [Class of 1949] and attended the University of Maryland. She was an extremely hard working career woman and quickly became an integral part of running a commercial construction company in Cupertino, CA, building everything from public housing, to hospitals, hotels and churches in the San Francisco Bay Area.

She later moved to Lake Stevens, Washington upon her retirement from the building industry to be near one of her daughters. In retirement, our mother was not content to stay home which led to her decision to work at Macy's in Everett for 10 years. Her joy was in running the Christmas shop/Home department where many knew her bubbly personality, coming often to the store to spend time with aka "Mrs. Claus." She later worked at TJ Maxx in Lake Stevens, getting at job at 87 years old in the jewelry department prior to her departure.

An avid gardener, especially nurturing her roses, Mom loved to read, enjoyed musicals at the 5th in Seattle and the Village Theatre. She was active in singing and acting in her early years. She loved spending time at the beach, family reunions, cooking, playing games on the computer, playing cards and domino's as well as socializing with her many dear friends.

She will be dearly missed by many and remembered by all who knew her kind heart and selfless nature.

A private service for family will be held on August 27, 2020. A celebration of life to be held at a future date.