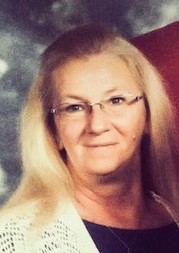 She graduated from Eastbrook High School - Class of 1980. She was a homemaker and previously worked at Walmart for many years.

Diana was very talented and handy and loved gardening, cooking, woodworking, sewing, and going to auctions. She was a collector of many things: cows, cabbage patch dolls, and cookbooks. She was an Elvis Presley fan and an Indianapolis Colts fan.

Also surviving are her dogs: Buddy and Itty.

She is preceded in death by her parents, brother, Mickey Mathias, and her cat, Boss Man.

Memorials are to help defray funeral expenses and may be made to the funeral home.

Condolences and memories may be made at www.armeshuntfuneralhome.com

"Diana was a wonderful person and a great friend through junior high, high school and beyond. Even though I moved 1,000 miles away we kept in touch and visited whenever I was back in Indiana. I have so many memories with Diana, Cheryl and Cyndi. One time in eighth grade Diana and I were having a squirt gun fight in an empty classroom and got caught by the principal. He just shook his head and confiscated our squirt guns. Diana and her family took me with them to the Indiana State Fair one year. We had so much fun! We also worked together in the school cafeteria and joined choir together. Diana was a powerful person in a small package. I loved her and will miss her so much. I am so sorry for your loss."

"I am so sorry for your lost. Diana and I became friends in junior high. Lois, Cyndi, Diana and I had a lot of good times and made good memories. We lost Cyndi July 23rd this year. It is hard to believe we lost Diana almost a month later. We remained friends after our graduation. She was a beautiful person inside and out, she had an ornery side and she was a friend you could always count on. She will be missed. I have some pictures of Diana in our younger days, if the family would be interested in copies. It might take me awhile to find them. "

"John I am so saddened to hear this news. Praying for strength in the days ahead. Hold tight to all those memories the two of you made."

"I am sorry to hear of her passing she was always great with my kids ! Rest In Peace Diana "