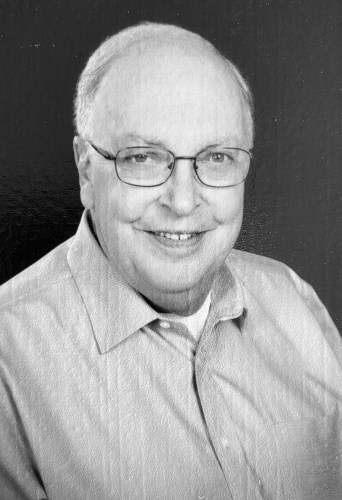 Dick was born at Everett General Hospital on May 23, 1936, to Marion and Clarence Oberg. He passed away at home in Everett early in the morning on Aug 9, 2020. Although Dick had many many health issues in his later years, the progressive illness of idiopathic pulmonary fibrosis (IPF) was the primary cause of his death. For the most part, his health issues were under control, but he went rapidly downhill starting in July.

Dick and his mom and dad initially lived in Seattle, but moved back to Everett in June 1941. Dick attended Washington Grade School, North Junior High School, and graduated from Everett High School in 1954. Dick secured an appointment to the United States Military Academy at West Point, New York, and graduated from the academy in 1958 with a Bachelor of Science degree. After a year of initial training to include Army Ranger School and Jump School, he received his first duty assignment at Ft. Lewis, Washington.

While at Ft. Lewis, Dick met his future wife, Judith Humphrey of Everett. They met at a rehearsal dinner for the wedding of good friends. Dick and Judy were married, in Everett, in October 1959. First daughter, Janet, was born at Madigan Hospital in 1960.

Dick attended Purdue University in Indiana from 1962-64, receiving a Master of Science in Engineering in 1964. While in Indiana, second daughter, Jennifer, was born. The next tour of duty was at West Point where Dick was an assistant professor in the Ordnance Department. Then, of course, came a 13 month tour in Vietnam from 1967 - 1968. Following a tour of duty in Maryland, the young family spent 3 years at Redstone Arsenal, Alabama. Then the Oberg family was off to a wonderful assignment at Kwajalein Missile Range in the Marshall Islands from 1972-75, and finally back to Alabama for a final tour. Dick retired from the Army in 1978 with the rank of LTC. And the family headed home to Washington State.

Dick worked for The Boeing Company as a systems engineer, retiring from Boeing in 1994. His motto was "retire early and often". Dick had an enjoyable, activity-packed retirement of 26 years before his death. He biked, hiked, and climbed mountains (Rainier and Baker to name a few). He biked the Seattle-to-Portland race. Loving to travel, he biked New Zealand, visited Australia twice, toured Africa, biked Italy, saw England-Scotland-Ireland. Dick even liked to square dance! He especially enjoyed having lunch with his old Boeing buddies, and the EHS breakfast each month down at Buzz Inn. Like many of his era, he was a patriot, loved the USA, stood at attention when the flag passed by, and got tears in his eyes when the national anthem played.

Dick was a wonderful husband, great dad, and loved his family so much. He did all the good dad-things including changing diapers, teaching the girls how to ride a bike, helping them with homework, drivers ed, helping them when they were sick in the night, the list is endless. He did all the good-husband things as well, and learned how to do laundry when he retired before Judy retired. It took a little effort to learn the difference between light clothes and dark clothes.

A brief small private service was held in the columbarium at First Presbyterian Church in Everett to commit his ashes. A regular memorial/celebration of life will be held at a later date. Plans will be made after the Covid pandemic abates.

A life well lived, and we will miss you so much!