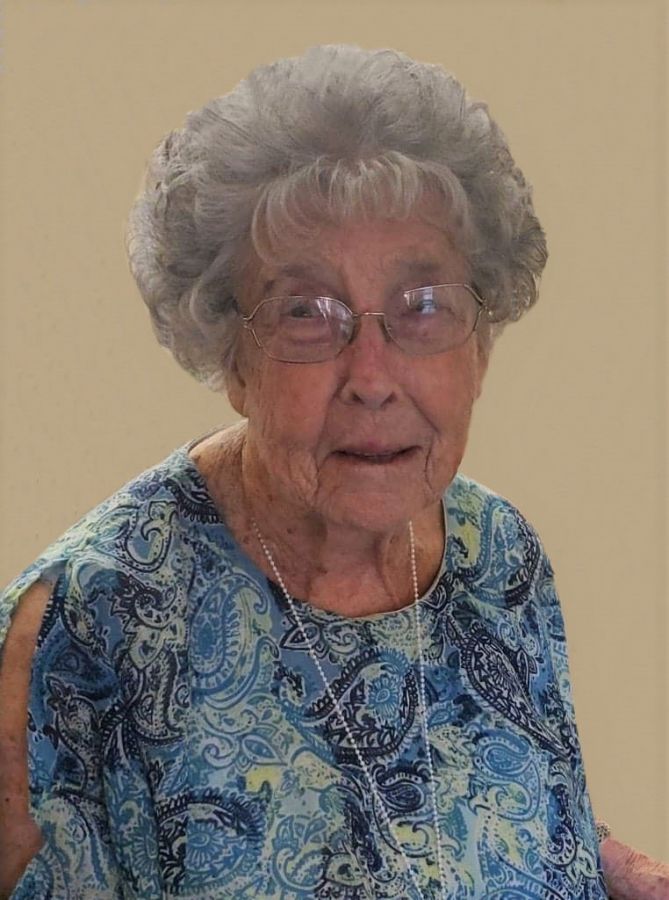 Lila Fenn, 94 of Apache Junction, Arizona, passed away July 28, 2020 at the Aurora Place in Apache Junction. Her funeral service will be held at 1:00 p.m. on Saturday, August 15, 2020 at the Loess Hills Funeral Home in Carson, Iowa. Burial will be in the Carson Cemetery. Visitation will be held two hours prior to the service, from 11:00 a.m. to 1:00 p.m. at the funeral home.

The family would appreciate those who plan on attending services to follow appropriate guidelines during this COVID-19 pandemic (please wear a mask, socially distance, wash hands, etc)

Memorials: In lieu of flowers, memorials are directed to the family

Lila Leaf Fenn, one of five children of Guy Virgil and Fern Leaf (Rodwell) Stevens, was born on June 8, 1926 on a farm near Oakland, Iowa. She graduated from Oakland High School in 1944. Upon graduation Lila taught country school for several years, then became a stay-at-home mother and farm wife. Lila worked for First National Bank in Omaha for a few years, then at the Council Bluffs Savings Bank (which later became First Tier Bank and US Bank) until retirement in 1992.

Lila and Earlin Eugene Fenn were united in marriage on June 25, 1948 at the Oakland Christian Church in Oakland and made their home on the farm for many years. They began wintering in Mesa, Arizona in 1992 and enjoyed square dancing and playing cards. They loved spending time with their friends and especially with their family.

Lila and Earlin were married 62 years when Earlin passed away in Mesa on March 9, 2010. Lila continued to spend her time both in Iowa and Arizona until finally moving to live in Arizona in November 2018.

In addition to her beloved husband Earlin, Lila was preceded in death by her parents; her brother Gerald Stevens; brothers-in-law, Dean Hackett and Robert Scott; and sisters-in-law, Marie Eggers and husband Eldon, and Lois Boruff and husband Willard.

"My sympathies to Lila's family. She and Earlin were the best neighbors and were always an uplifting couple. Mary E. Stempel"

"Our thoughts and prayers are with the family. Jack and I have fond memories or the times we square danced with Lila. She always had a smile. "