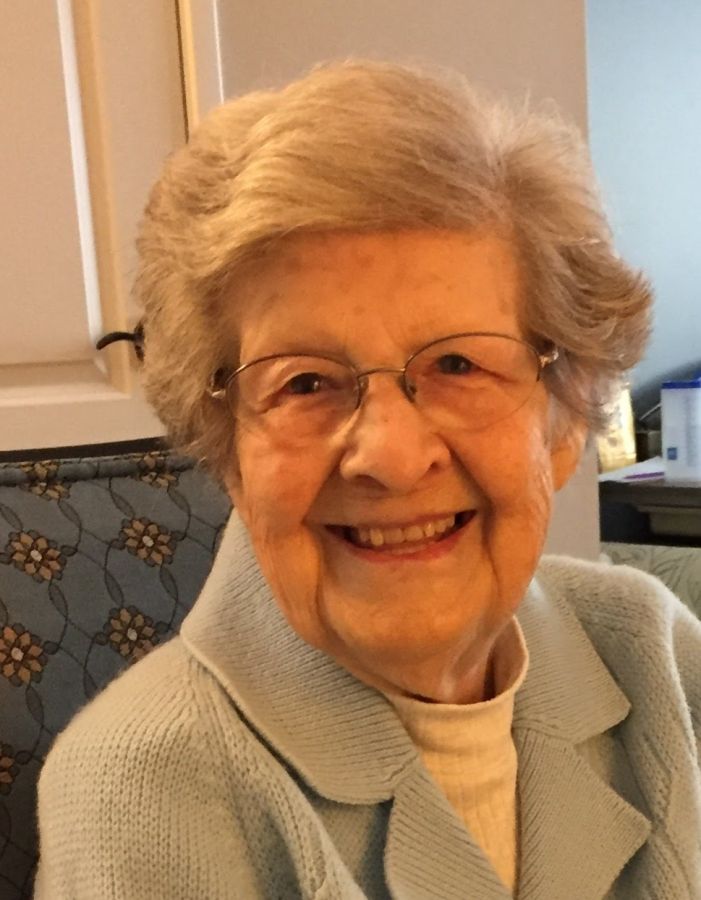 Mrs. Carolyn Lee Bahnson, 98, of Bermuda Village, died July 23,2020, at Kate B. Reynolds Hospice Home in Winston-Salem.
She was born on September 15, 1921, in Pollocksville, to Lillian Dunn and Alfred Street Lee. Carolyn grew up in Kinston. In 1943, she met and married Frank H. Bahnson, Jr. of Farmington when he was stationed near her home. She moved frequently as a military wife, including to France at the end of World War II. Carolyn spent the majority of her life in Durham where she was a member of Glendale Heights Methodist Church. She was very active in the Pinetum Garden Club and bridge club. In 1996, Carolyn and Frank moved to Bermuda Village in Advance.
In addition to her parents, she is preceded in death by her husband; two brothers, R.B. Lee and Alfred Lee; and a sister, Dorothy Croom.
She is survived by her son, Frank Bahnson, III (Pam) of Mocksville; her daughter, Jane Festa of Durham; six grandchildren, Sarah Chapman (Brad), Diana Overbey (Jon), all of Mocksville, Charlotte Hayes (Robert Muller) of Jessup, MD, Rachel Hayes, Hannah Schwab (Nick), Nicholas Festa, all of Durham; five great-grandchildren; and two special nieces, Dot Monroe and Bevy Hunter.
A private graveside service will be conducted at Farmington Community Cemetery.
In lieu of flowers, the family requests that memorials be considered for charity of the donor's choice.
Online condolences: www.lambertfuneralhomenc.com

"Frank and family, please know you are in my thoughts and prayers now and in the days ahead. My prayer is that Our Heavenly Father will wrap is strong, yet loving, arms around each of you and comfort as only He can. Love, Anne"

"Frank & Family: I am so very sorry to hear of your mom\'s passing. My thoughts and prayers are with you all. Dolly Urdanick, Myrtle Beach, SC"