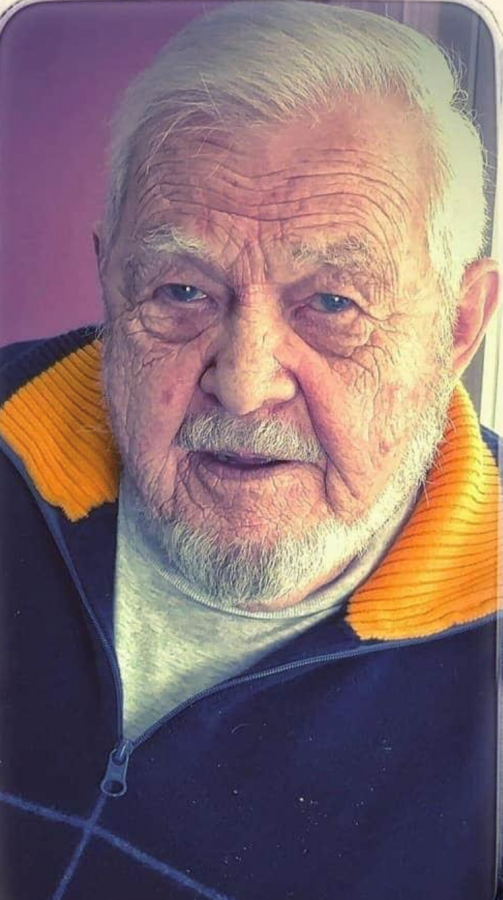 Greg was born on January 27, 1938 in the family home at Gros Cap, Michigan to the late Cecil and Regina (Cheeseman) Davis. He was a 1956 graduate of LaSalle High School in St. Ignace.

After graduating from high school, Greg was employed as a laborer in the construction of the Mackinac Bridge. In 1958, he enlisted in the U.S. Army until July of 1961. Following his military service he became an iron worker with Local Union #783 in Marquette until his retirement around 1998.

In his free time, Greg enjoyed going to his camp "Unyun" in Northland as well as going on rides, gardening at camp, and socializing with his buddies at the local tavern. He particularly enjoyed spending time with his family at camp. He was also an avid cribbage player.

Greg was an active member of Little Lake American Legion Post #349 where he often helped with pasty making. He was also a member of the Sault Ste. Marie Tribe of Chippewa Indians.

A memorial service will be held on Saturday, August 1st at 12 noon at Canale Gwinn Funeral Home and Cremation Services with the Rev. Allen Mott officiating. The Davis family will greet relatives and friends beginning at 11 a.m. Saturday until the time of the service. Burial with military honors will take place in the Gwinn Cemetery. Greg's funeral will be live streamed at https://my.gather.app/remember/gregory-davis

In lieu of flowers, memorials are preferred to the D.J. Jacobetti Home for Veterans Activities Fund, 425 Fisher Street, Marquette, MI 49855 in Greg's memory.

Canale Gwinn Funeral Home and Cremation Services is assisting the Davis family where memories may be shared at canalefuneral.com.

"We are so sad to here of Uncle Greg\'s Passing, he fought a long battle, He sure was an awesome man,so talented, easy going kinda guy! He was so sweet and kind to everyone! He will be so missed by many, We will Miss him at Deer Camp for sure, he loved going to camp and playing cards just getting together with family and friends was all he really needed to be happy, he really enjoyed his time in Arizona in the winters with his sister Mary and friends he met there. God Speed Uncle Greg we love you!"