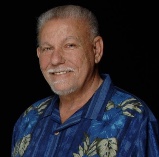 No longer by our side, but forever in our heart

FRANK JOSEPH RE, JR., departed this life early Tuesday, June 16, 2020, at the age of 75. He was surrounded by his devoted wife, two children and his furry companion, Buddy, in the comfort of his home in The Villages, Florida.

Frank was born on July 31, 1944 in Brooklyn, New York to the late Jean and Frank Re. He was the youngest of three children. On June 19, 1965, he married his high school sweetheart, Noreen, and they bought their first home on Long Island in Sayville, New York. As a young adult Frank professed his life to Christ, living his life with conviction, and firmly believed in Matthew 7:12, "So in everything, do to others what you would have them do to you..."

From a young age was veritably mechanically inclined, and always had a love for cars, particularly fast cars. As a young man, he enjoyed drag racing with friends in his spare time. This passion took him down the road to becoming a self-taught, professional Mechanic, as well as being a certified electrician, right out of high school. He became a Manufacturer Representative for the brake and wheel alignment equipment company, Bear Manufacturing, and was asked to teach the company's training classes in1971.

In 1974, at the age of thirty-three, Frank decided to leave Bear to become a licensed Operating Engineer for the City of New York, which entailed running an underground locomotive during the early stages of construction of the NYC water tunnel. If this wasn't enough, at the same time he was training to become a licensed crane and heavy equipment operator in New York City.

When the economy began to decline in the early eighties, equipment operator opportunities became sparse, so at thirty-eight he switched jobs when Ammco Tools of Illinois offered him a New York territory on Long Island as a Sales and Service Representative, where he also was responsible for training in the areas of wheel alignment and brake lathe machines. He quickly became a top salesman and he moved the family to Dix Hills. When Ammco Tools was sold in 1988, Frank began a completely new venture, including a career change, moving to South Florida as the Controller for a residential building company on the Inter-coastal waters of Fort Lauderdale at Bontona Enterprises. After six long months, he relocated his family to one of their recently built homes on the water. Always up for a new challenge, 1990 saw Frank begin listing and selling Real Estate as a Realtor in Fort Lauderdale.

Then in 1994, at the age of 50, Frank became self-employed, having obtained his Florida Building Contractor License, and he and his wife took ownership of Sta-Rite Building Contractors. This would keep them busy for the next 13 years. Frank was well respected by anyone who met him; he served his church and their community as a Deacon at Calvary Chapel, Fort Lauderdale. He opened his home to host a very well attended group bible study, and many in the community looked to him for Godly counsel.

In December of 2007, Frank decided it was time to relocate to central Florida, in a fast-growing senior golf cart community, The Villages. This was the kind of place he had long dreamed of living with his group of lifelong friends so they could enjoy their twilight years together. Even as a senior, his passion for fast cars kept his wheels turning, though toward slightly slower paced business. His constant thirst for knowledge had him learning how to build and customize the most popular mode of transportation in The Villages, so he opened a small street corner golf cart shop, Sta-Rite Carts and Accessories, and soon proudly served as the "Talk of The Villages" golf cart expert.

Frank was a "Man for all Seasons" and will always be remembered as a strong, God fearing, and honorable man. He was a devoted husband, loving father and confidant, a wonderful brother, faithful and loyal friend, and consistent counselor. He was extremely knowledgeable in many areas and always made himself available to help others, touching the lives of many people whose paths he crossed throughout his life.

The love and relationships Frank maintained among his family and lifelong friends speaks to his caring and giving character. Throughout the years he endured and overcame many extreme challenges, which is why his adoring wife will always and forever affectionately refer to him as her, "Prince of Perseverance."

He is survived by his best friend and truly beloved wife of fifty-five years, Noreen Re; his oldest daughter, Stacy Ann Sullender, and eldest grandson, Kenneth, of Milton, Georgia; his son, Frank John Re, and youngest grandson, Frankie, of Parkland, FL; his sister Francine DeSantis of Dix Hills, NY; and also many nieces, nephews and long-time friends whom he all loved dearly. He was preceded in death by his oldest sister, Genevieve Marie Cosimano.

Instead of flowers, the family request donations are made in his name to St. Jude's Children's Hospital or The Organization for Autism Research

No funeral arrangements could be made at this time. In memoriam, a Celebration of Life will be held in October. Exact date, time and place will be forthcoming.

"He will always be remembered. See you later Frankie."

"Frank was a good Christian man of character. I was lucky enough to know him for 30 years as a friend, teacher, mentor and a boss. He was a very talented man with many facets. Frank was a good friend, ready to assist with his knowledge or his hands. He was a teacher who encouraged you. I will miss him. A very special person has left us. My condolences go out to his beautiful wife Noreen, his daughter Stacy and family, and his son Frank and family. Frank was loved by many."

"He was a good friend and Christian. Always there to give a hand or advice. He will be missed by all, as he rest now with the Lord."