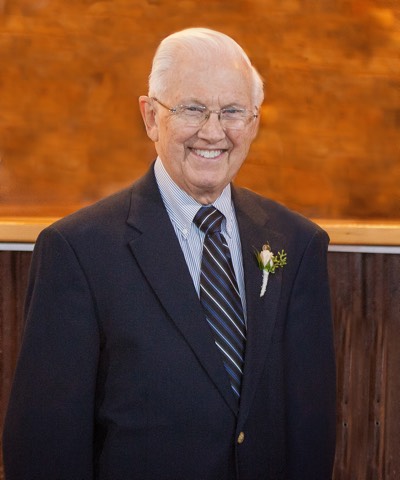 Dr. Donald Barber, 84, was gently carried into the arms of his Savior, Jesus Christ, on Saturday, June 13, 2020, in Phoenix, AZ. After a very active and family-filled life, he had been slowed of late by a diagnosis of mild dementia, and, ultimately, acute myeloid leukemia. He celebrated his 84th birthday on Monday, June 8, receiving many family and friends in person and on the phone. Later that evening he was hospitalized, and quietly passed away 5 days later in a hospice care center with family by his side.

Dr. Barber came to a saving faith in Jesus Christ as his Lord and Savior during his high school years in Chicago. He credited the work of Youth for Christ, which was active on his high school campus. For 70 years, he patiently and faithfully walked with his Savior. He was instrumental in helping to lead many members of his immediate family to Christ, and carried on that quiet evangelism throughout his lifetime. He quoted the great missionary martyr, Nate Saint, in the flyleaf of his well-worn Bible: "I wish to live my life in such a manner that when I face death, I'll have nothing left to do but die." Don lived his life in that God-honoring manner, and we know he was overjoyed to finally see his Savior face-to-face.

Dr. Barber had a wonderful 40-year career in education. He spent 20 years in various positions at Flossmoor Junior High School in Flossmoor, Illinois, ending his time there as the Assistant Superintendent of the school district. He followed that with a 20-year career as the Headmaster of Keswick Christian School in St. Petersburg, Florida.

Dr. Barber was a graduate of Wheaton College, earned his Master's degree at the University of Illinois, and fulfilled his educational doctoral work at Kennedy-Western University. A math and science teacher by training, he loved helping middle and high school students learn and love Algebra, Geometry, and all aspects of math. The family takes comfort in knowing that generations of people around the country have been impacted by the love he poured into them.

Don loved his family deeply, and he loved the Chicago Cubs almost as much. Some of his favorite memories involved games with his family at Wrigley Field and spring training games in Mesa, AZ. 1969...1984...1989...2003...so many times they came so close! He lived 80 years until his beloved Cubbies finally won it all in 2016. He only wished his father had lived long enough to see the Cubs win the World Series during his lifetime.

He was preceded in death by his wife of 41 years, Marcia Barber, and his parents Donald and Marcella Barber.

The family is having a quiet, family-only service in Phoenix, AZ, on Wednesday morning, June 17, making arrangements for distanced family to Zoom into the service. They will be arranging for a family gathering on the East Coast later in the summer, as many of his family live in that area.

In lieu of flowers, the family is asking that donations be made to ZimZam Global, a church-leader equipping ministry based in Phoenix, AZ (zimzamglobal.org), and Hospice of the Valley, Phoenix, AZ, which tenderly cared for him in his final hours on this earth. https://hov.org/

"I just celebrated my 69 birthday. I will celebrate 40 years as a child of God in August. Dr. Barber sat quietly in a corner of Mr Sandhouse?s office pray for my salvation and prayed with me that day to receive Christ as my Savior. I am one of the jewels in the crown Dr Barber will lay at Jesus feet. My the love of Christ be your peace and comfort."

"Dr, Barber was always pleasant and encouraging, an excellent representative of Keswick, and yet able to be firm enough when he needed to be. He was missed when he left us, but I know he was still serving God wherever he was. Such a fine Christian man."

"Loved working at Keswick Christian School for 35 years! Many of those years were under the leadership of Dr. Barber!????"

"My Name is Adam Pitts and I help lead worship for Special Ministries at Scottsdale Bible church. I may not have had much time to know Don but I did have a chance to know him and the times we spent together were always filled with Joy and He was always an incredible presence to be around! He brought a sense of humor and a way to share joy with others that you just don?t see in a lot of people! One of my favorite memories of Don is I attended a Diamondbacks-Cubs game at Chase Field a year or two ago and Don was very passionate about his sports teams anyone who knew him would know that in an instant He Loved Cubs Baseball and I know for me it was a joy to be able to provide tickets for him and the Meyers to see His Cubbies at Chase Field during the regular season because those are the games that matter most before post season it was such a joy to provide him that experience because the Meyers had previously taken me to the Cubs spring facility for a game that year! Well on the way home from this Dbacks-Cubs game (A game the Diamondbacks won) Don though disappointed the cubs lost he still had a lot of fun and you could tell in his joy after the game and the way he joked with me afterwards He and Brian?s Dad Dave Joked with me after the game ?Well, I guess we can?t take Adam to games anymore? lol it was so funny and it was the joke of the car ride home and we all were just having so many laughs and were joyful about it! But he was such an incredible man of God and you could tell he Loved his family He always made you feel welcome the minute you stepped into his presence and he will be missed by all who had a chance to know him! Fortunately we have the Hope, Joy and Honor of being a Child of God and seeing Don in Heaven again one day and I can only imagine the joy he is experiencing now being in the presence of His Savior free of pain ?"

"As parents of 3 daughters who are KCS graduates, I don't remember attending very many events where the Barbers, both Marcia and Don, were not in attendance. This includes sporting events, dramatic performances, chapel, graduations, just ANY way that they could show their love and support for their students. Precious memories of both of these dear people! Jerry and Joy Lancaster"

"A better and more loving brother no guy could ask for. 3 1/2 years older then me, not only my brother, but my friend, and when we were kids the big brother who always looked out for his little brother. I am so glad that I called him from here in Delaware on Monday his 84th birthday, shortly before he needed to be taken to the hospice where he passed into the arms of our Lord and Savior. Love you always Don. Bill"