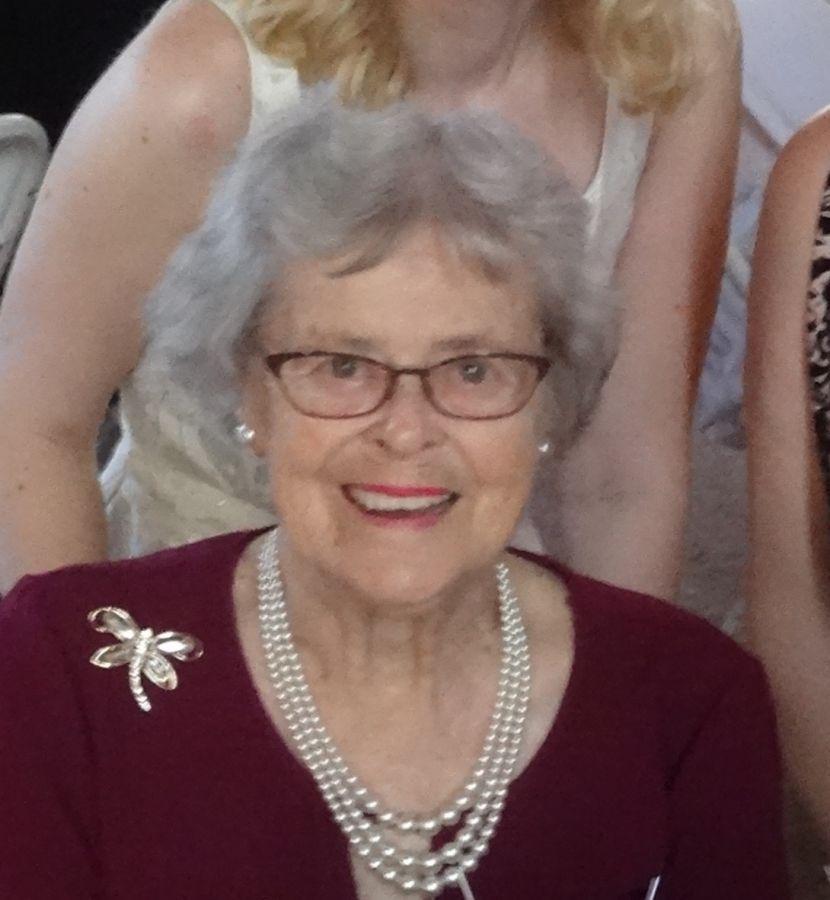 Bonnie Marie Anderson Hopper was born February 21, 1928 to Alick Wyatt Anderson and Amelia Whilimena Thurman. She entered her heavenly rest on June 7, 2020.
Bonnie was born and raised in Los Angeles, California. In 1950 she married Robert Vernon Hopper and moved out to Whittier shortly after.

After high school Bonnie continued her education and graduated from UCLA, majoring in teaching. After graduating she went on to teach in the classroom and also substitute taught. She became a home school teacher for sick children who could not attend school. All together she taught 21 years. In 1999 she was inducted into East Whittier Teachers Hall of Fame. Bonnie spent many years teaching Sunday School. Even today many students would come up to Bonnie telling her how much they enjoyed and learned in her Sunday School classes. When Cynthia was a young child, Bonnie started the Preschool at Faith Lutheran Church, where Bob and she were charter members. Bonnie would later become a regular part of Concordia Lutheran Church, faithfully attending church and Sunday School. During Margie's time in Girl Scouts her Cadet Troop lost their leader, so once again Bonnie volunteered to lead the group. Later she started a Cub Scout Troop for David, which Bob later became an adult leader. She would, after Bob passed away, serve the community again, as a docent at Whittier Museum. In 2000 The Hopper family celebrated Bob and Bonnie's Fiftieth Anniversary.

Bonnie was preceded in death by husband, Bob in 2002 and granddaughter, Jillian in 2011. Bonnie leaves behind Cynthia and Jim Crane, Holly and Mike Strong, Margie and Andrew Nemeth and son David Hopper, Grandchildren Stephen and Sharon Crane, Jordan and Alec Kenny and Katie Nemeth.

"Dear Bonnie, it gives me great joy to think of you in heaven; no more pain!...I will miss your warm smile and your attentiveness; you were always genuinely interested in hearing what was going on in my little corner of the world... I was lucky enough to meet you through bible study and, by God\'s great orchestration, I ended up being encircled not only by you, but by members of your loving family as well...Thank you!"

"Thank you, Bonnie, for your dedication to education, be it spiritual in your Sunday School classes or for children unable to attend regular public school. Your smile was always there and so was your positive attitude. You will be missed but we know you are home with our Lord! Love, Debbie (Emshoff) and Jon Hanschke "

"I remember Bonnie to be a very gracious lady, full of love for the Lord, her family, and friends. May she rest in eternal peace."