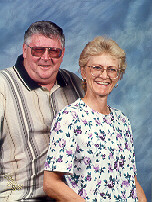 Charles was born February 2, 1937, to James and Eva (DesJardins) LaValley in Marquette and continued to be a lifelong resident of the area. After High School, Charles spent time in the National Guard and then worked at the Empire Mine from 1963 until his well-deserved retirement in 1995. He married Diana Duvall on September 25, 1987.

Charles was a devoted member of St. Louis the King Parish in Harvey and a member of Knights of Columbus Council 6447 and Bishop Baraga the Snowshoe Priest Assembly Fourth Degree Knights of Columbus. Charles also volunteered many hours to the St. Vincent De Paul Society and was a financial supporter of The Cross in the Woods in Indian River, Michigan. Besides his community and religious commitments, Charles also enjoyed spending his time with God and nature, hunting and gardening, and spending time with his wonderful grandchildren.

Those who preceded Charles in death and who are happy to be reunited with him are his parents; brothers, Jimmy LaValley and Robert Gray; and, sisters, Jeanette Johnson and Betty Lafkas.

A Mass of Christian Burial will be celebrated on Wednesday at 1 p.m. in St. Louis The King Catholic Church with the Rev. Guy Thoren officiating. Interment will take place at Northland Chapel Gardens. Visitation is scheduled on Tuesday from 4 to 8 p.m. at the Canale-Tonella Funeral Home where members of the Knights of Columbus will recite the rosary at 6:30 p.m. and a parish prayer service will be conducted at 7:30 p.m. Visitation will also be held at the church from 11 a.m. until the time of the mass on Wednesday.

Pallbearers will be Paul LaValley, Peter LaValley, Jeremy LaValley, Harold Barnett, Steve Govier and Jeff LaValley. Members of Bishop Baraga the Snowshoe Priest Assembly, Fourth Degree Knights of Columbus will act as honor guard both at the funeral home and the church.

"Our condolences to Diane and family on the passing of Chuck. Your family will be remembered in our prayers."

"With all our love and thankfulness, Laurie & Steve"

"LaValley Family & Friends- We are very sorry for your loss. Our thoughts and prayers are with you all during this difficult time. The Delmont Family"

"Just wanted to pass along my sincere condolences. I only had a couple opportunities to visit with Chuck over the past year - One was at Laurie & Steve's Wedding and the other time - I shared my Fettichini with him at Laurie's Birthday Party. We had some good laughs. I will remember those good times. Hope to see you soon, Diane. Stay strong."

"Charles, my Dad, has touched the lives of so many people, in so many different ways,inso doing he found God. He will be missed by all. My best times I have had with my Dad was the drive-in movie, and the whole family had fun."

"I just met Sir Knight Charles in October at his Fourth Degree Exemplification. We know that we have lost an exemplary member in his passing. We, the officers and members of the Bishop Frederic Baraga, the Snowshoe Priest Assembly, offer our sincere condolences to Lady Diana, the children, extended family and friends. S.K. Robert Keitzer, Jr. Faithful Comptroller"

"My condolences to the LaValley family & friends. I am very sorry for your loss. (niece of Laurie VanDamme)"

"I want you all to know, you are in my thoughts and prayers. Through these tough times. Chuck was a great guy, he will be greatly missed by all who knew Him. Love always, Rhonda"

"Chuck had one of the kindest hearts I've ever known. He couldn't bear to hurt a single creature. I never dared tell him when I had dispatched a chipmunk that was messing my garden because he loved the critters and cared so deeply. His love for his family was great. As a neighbor I often walk on Lakewood Lane. One day his cat, Killer, was in the yard on a leash and I went to meet Killer. Chuck came out and introduced himself. I often told people that Killer introduced us to each other. Chuck's bread was always the best! I will miss the chit-chats we often had when he and/ or Diana were outside when I went by."

"My thoughts and prayers go out to the family. I knew Jeremy and he was a good kid. He and Swan got along great. Swan is sorry he couldn't be there for you Jeremy but he was thinking about you. Love and prayers, Swan's mom, Deb"

"My deepest sympathy to all the family. May you remember all the wonderful times you all shared together. I remember Chuckie as the "little" brother of my best girlfriends when growing up on the farm and then living across the street from us on High Street. I remember having to bribe him a few times to keep a few secrets!! Our parents were so close, I think we all thought of each other as brothers and sisters. I am glad I got to see and talk with Chuckie, after many years, at the Mqt. County Fair last summer. He told me all about his wonderful family, he was so proud of all of you. I know you will all miss him greatly, but you know he is home with God and I pray you find comfort in that."

"Dear Uncle Chuck and family, I know you are at rest now, without pain and trouble breathing. Hug Betty for me. Love and prayers, your niece Margaret Ann"

"When Chuck was invited to be a Minister of the cup at daily mass at St. Louis the King Parish he was both honored and joy-filled to serve in this ministry. His smile for each communicant was evidence of this joy."

"My heartfelt sorrow over losing such a caring,compassionate,and loving member of our family.Chuck will be deeply missed.(son of Diane)"

"My fondest memory of Chuck was when Jimmy told me I had something and didn't know what it was. It was a new cousin, Chuck. God Bless"