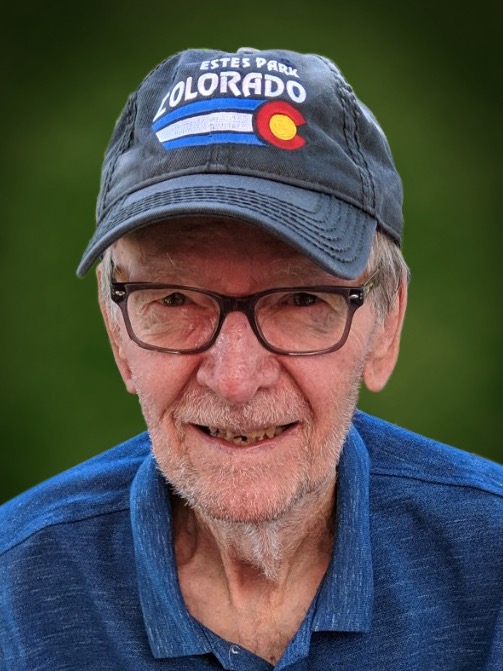 On Tuesday, September 24th, 2019, Jerrold Ray Anderson, loving husband, father, grandfather and friend passed away at the age of 86 at the Collier Hospice Center in Wheat Ridge, Colorado.

Jerry was born on November 6th,1932 to Raymond and Mavis Anderson. On August 24th,1952 he married his high school sweetheart, Janice Bartholomew and they began their married life together in Algona, Iowa. His work life was spent with Miller Lumber Yard, which served Algona's building material needs. He was an active participant in the local community, Methodist Church and local and state Masonic Fraternity. In the Fall of 1993 Jerry accepted the honor of being the Grand Master of Iowa, which he proudly held and served until the Fall of 1994. His year of service was during the 150th anniversary of Masonry in Iowa so both he and Jan traveled all over the state celebrating all the special events associated with the anniversary.

Both Jerry and Jan had a great love for sports and were avid Iowa Hawkeye fans. They followed the Hawkeye's to all of the Big 10 stadiums with their travel buddies, Jim and Midge Andreasen. They loved to travel all over the U.S. and shared many of these opportunities with family and friends. In addition, they had the opportunity to travel to Germany and England plus Jerry enjoyed Cozumel, Mexico. He had a sense for adventure, which he has passed down to his family. He was known for his quick wit, honesty, positive attitude and caring nature. Throughout his life he put his heart and soul into living and making the most out of each day he was given.

He is survived by his wife Janice, his three children; Vicki and husband Alan Burd of New Waverly, TX, Jeri Miller of Thornton, CO, and Scott Anderson and wife Lesley of Thornton, CO; his six grandchildren; Brian and wife Durgha Sotak, Amanda Sotak, Nicholas and wife Whitney Miller, Tyler and wife Anna Miller, Courtney Miller, and Cassondra Anderson; and his four great grandchildren; JaKobie Miller, Morgan Franklin, and Tyler and Henry Miller; and one to be born sometime in March 2020. He was preceded in death by his parents and a brother, Roger Anderson.

"Happy Valentines Day to the Jerry Anderson Family!! Dale & I have many fond and loving memories of you all and hold them very near and dear to our heart!! What a lovely way to pay tribute to the one you love on this Special Valentines Day!! We love you all!! Dale and Marlene Coleman"

"Your parents were such a special part of my life growing up in Algona. Sending love and sympathy for your loss. Barbara Faulstich Tentis "

"I think I was probably 5-6 years old when I started eating Saturday breakfast with this guy and all the ?old farts? that my dad hung out with.... they weren?t ?old? back the either!! Never a Saturday morning missed unless I was under the weather our out of town!! My dad and Jerry were best friends and it showed!! Having men like these in life is not only an honor but a true privilege; the crew has changed a lot in 45 years but at least Jerry?s humor and honesty never did!! Love you Jerry, rest peacefully! "

"So very proud to call him my friend. Will miss him dearly till we meet again for coffee and a ton of laughs. Thanks for sharing your life with me."

"So much love for a father, friend and my buddy. Thank you for sharing your life."

"So sorry to hear this. They were a joy to have as neighbors. Prayers to your family. "