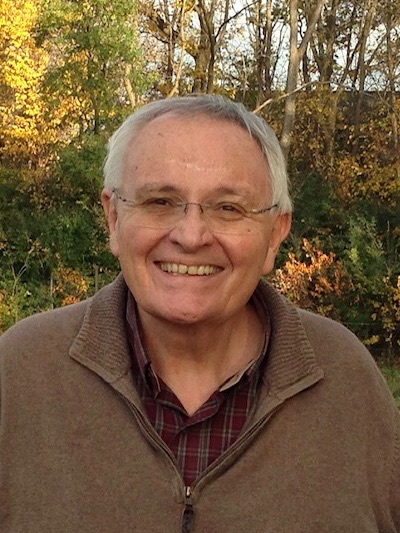 Weghorst, Ray, age 72, passed away on August 31, 2019, in St. Paul, Minnesota. Ray was a longtime resident of North Little Rock, Arkansas and Indianapolis, Indiana. He was born and raised in Omaha, Nebraska.

Ray graduated from Creighton University while working nights as a cameraman at WOWT. He was an advocate of fair labor practices for over thirty years as an agent with the National Labor Relations Board. Ray was a life-long ham radio operator with friends all over the world. He enjoyed traveling, folk music, and cheering on his favorite teams. He was a devoted and loving husband, father, and grandfather.

Ray was preceded in death by his parents, Raymond and Doris; and his wife, Madeline.

He is survived by daughter, Laura; son, Matthew (Caryn); grandchildren, Violet and June; other loving family and friends.

Service and burial will be held at Forest Lawn Memorial Park in Omaha, Nebraska, at 10 AM on September 7, 2019.

"I just saw this and regretfully found out that Ray has passed. It struck me with enormous sadness. I used to be President off the Central Arkansas Area Local #189, of the American Postal Workers Union. As such, Ray & I spent many hours together over the years handling cases between the Union & the Postal Service. Ray & I also had something in common. We were both ham Radio operators, so we both spoke the same nerdy language. I was very fond of Rat. He was a very smart man. He was all about fairness in the workplace. I just loved working with him. So I was just sitting here, in retirement, and I thought about Ray. I decided to Google him & see if I could find him. I did find an address based on his ham radio license. It was a senior living apartment in Minnesota. I fully intended to send him a card, just to say hello. Then I saw his obituary on another Google site. My sincere condolences and prayers go out to the entire family. In that ham radio language I was talking about above, Ray is now a ?silent key?. ?73?s my friend ? W9OBF with N5DBC 73?s and QRT my friend.. See ya down the airwaves someday. N5DBC clear. Dan Cassidy dbcassidy@gmail.com"

"I knew Ray from our student days at Creighton University. He was a decent and kind soul. It does not surprise me that he fought for fair labor practices during his working years. May he rest in peace. Jim McCarthy"