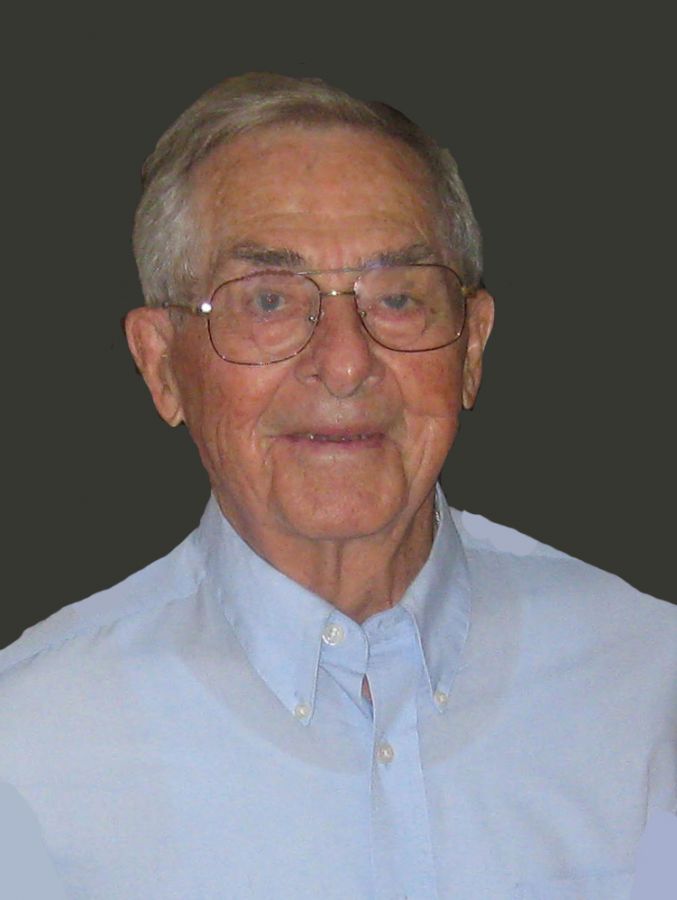 Monroe Karcher, 94, passed away on Monday, June 24, 2019, with his daughters Deborah and Carol at his side. Monroe is survived by his wife Helen, and two daughters, Deborah Albers and her husband Jim, of Walburg, Tx, and Carol Lesem and her husband Steve, of Spicewood, Texas. Monroe adored his five grandchildren, Angela Albers Wetuski (Buddy) of Walburg, Tx, Benjamin Lesem (Caroline) of Denver, Co, Cassidy Lesem Ingle (Jon) of Austin, Tx, Jeremy Albers (Michelle) of Amarillo, Tx and Daniel Albers of Austin, Tx. Eleven great grandchildren were a great blessing in his life; Elizabeth, Alfred and August Wetuski, Emily and Mark Lesem, Jack, Luke and Holly Clare Ingle, and Samuel, Paige and Levi Albers.

Monroe served with distinction as a radio operator/mechanic on a B-29 Super Fortress crew in WW2, stationed on Saipan, where he flew 30 missions. In 2016, Monroe went on an Honor Flight, commemorating the 75th anniversary of Pearl Harbor. After the war, Monroe attended the University of Texas at Austin, and graduated with a degree in Electrical Engineering. Helen Marie Horn and Monroe were married in 1949, and on May 28th celebrated their 70th wedding anniversary. Upon graduation from UT, Helen and Monroe started their family in San Antonio, Texas, where Monroe had joined the IBM Corporation. They were founding members of Concordia Lutheran Church of San Antonio.

Life and career moved forward, and Monroe was promoted and worked for IBM in Amarillo, Lubbock, New Orleans, Dallas, and returned to Austin as the Field Engineering Branch Manager. As IBM Regional Technical Assistance Group Manager, Monroe attended many manned space launches at NASA Clear Lake, responsible for assuring the availability of the IBM systems that were relied on for each mission, including Apollo 11, the first moon landing. After a career that spanned 36 years, he retired from IBM.

Monroe loved his family farm and boyhood home in Lincoln, Tx, where he was highly regarded by his grandchildren for catching and cleaning catfish for frequent fish fries. He loved playing golf at Lions Municipal Golf Course, and he and Helen enjoyed a retirement of travel, friends, and family. Their home in Westlake Hills was the site of many celebrations and parties over the years.

Helen and Monroe supported their church, Christ Lutheran, Austin, as well as Concordia University-Austin, where both Deborah and Carol attended college. A celebration of a life well lived will be held at Christ Lutheran Church, Austin, on Saturday, June 29, at 11AM, with a viewing beginning at 10AM. Burial will follow the service, at Austin Memorial Park.

In lieu of flowers, the family requests that Monroe be remembered with a memorial to the Monroe and Helen Karcher Church Worker Scholarship Fund of Concordia University - Austin, Honor Flight Austin, or the charity of your choice. Another member of the greatest generation has answered the call of his Maker, and we all respond, "Well done, good and faithful servant!"

"Hello! Mr. Karcher hired me into IBM in 1979. He was a very fair and pleasant person to work for. I am sorry to hear of his passing but please know that he leaves nothing but pleasant thoughts from one who worked with / for him for years. Robin Melanson"

"Our deepest sympathies on the loss of your dear loved one. May the promise from God at John5:28,29 to resurrect our loved ones bring comfort to the Family. Revelation21:3,4"

"I knew Monty for many years in IBM. I worked in his organization when he was in Dallas. He was an excellent manager and a pleasure to work for. I am sure his family will miss him as well as many who had the pleasure of knowing him in IBM. With all the cloud computing now, I am sure he will form a crew in heaven to keep the clouds working. God bless."

"We thank God for the life and ministry of Monroe. Powerful Godly man We pray for his family at this time. Pastor David and Sandy Schroder"

"Monroe (known as Monty in Amarillo in 1958) was my first field manager. I was only 19 years old and was the service CE for Pampa, Texas. I worked for IBM 38 years and consider Monty as one of the best managers I ever worked for. Even then he was a fine Christian man. God Bless your family. Ron Henderson."

"To the family members of Monroe Karcher. We are so sorry for your loss. Monroe was a great example of a life well lived. We know you will miss him. May God hold each one of you close and gently carry you during your journey of grief. We salute you and thank you for your service to our country, Monroe. Job well done. Dolores and Joe Sutter "

"Monroe was a good, and fair man. It was a blessing to work with him at IBM."